One of the more interesting things I've observed in the markets over recent years is that while there has undoubtedly been inter-asset class integration (meaning during periods of turmoil correlations tend to 1 between stocks, bonds, real estate, commodities etcetera), we have actually observed intra-asset class divergence in many places. Or to put it in a more quantitative way: the correlation of for instance Netflix and Amazon with the S&P500 was lower than that of emerging market stocks and real estate to the S&P500 during the worst of the 2020 sell-off.

It's hard to put my finger on what exactly is driving this, but if I had to venture a guess I would say that the rise of passive investing and ETFs plays a huge role, and this is further exacerbated by the increasing role algorithmic trading plays in the market place. Whereas 20-30 years ago an investor would perhaps sell out of Exxon, IBM and JPMorgan in their portfolios if their views on the broader economy were turning sour, now they will sell out of the SPY (S&P500 ETF) all at once, or perhaps even out of an MSCI World linked ETF. Retail investors are painting every stock or bond that is included in these investment vehicles with the same brush. 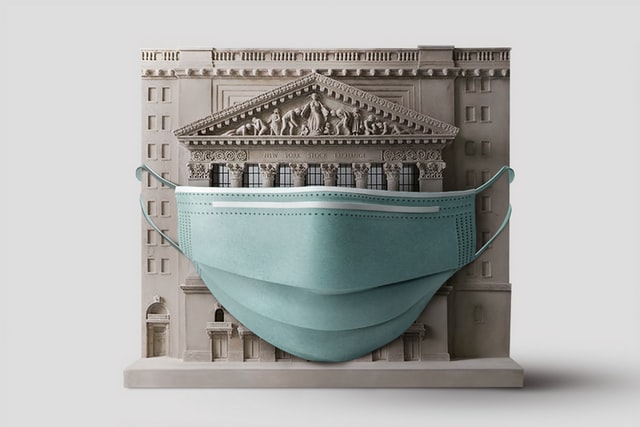 This offers opportunities for smart investors who go against the grain and gladly take up the "liquidity" provided by selling ETFs to snap up good companies when things head south. In a way markets are becoming less efficient because of the aforementioned influences.

Looking at the peak-to-trough performance of the S&P500 from 19 Feb 2020 until 23 March 2020 when the index returned -34%, we can actually find no fewer than 22% of S&P500 constituents that significantly (>5%) outperformed the index over this period of market volatility. Granted, this is still lower than in previous crises (in 2008 it was about 30%), but it's worth pointing out that diversification still exists, even within major stock indices. Here are some of the highlights:

In the global health crisis that we have just lived through, it is no surprise to find a pharmaceutical company top the list, as a frantic search for a COVID-19 vaccine is on. As of writing, Regeneron is doing human trials of its anti-COVID vaccine and should it be the one to succeed it will obviously do very well for itself indeed.

You're locked up at home for weeks on end, what do you do? Not sure about how things were in your household, but for us at a certain point in time the delivery of food for the daily dinner became a highlight. Not sure that was Domino's Pizza for us but we can certainly imagine that a lot of the people that previously would have gone to restaurant chose for home delivery instead.

During the COVID crisis, many Americans and citizens around the world turned to food deliveries, rather not risking it to go out and mingle with others in supermarkets. Others were stockpiling food. Supermarket chains like Kroger did particularly well of this and outperformed the market by a whopping 39%. Having 10% of this stock in your portfolio would have put you 4% above the market.

Pretty obvious that a networking company would outperform in a world where working from home became the new normal. As we adapted to new realities, Citrix did good business as our employers had to expand their network capacity to allow us all to log in remotely. They were about flat as the market lost a third of its value.

I was on one of the many daily video calls with colleagues earlier, and the person who is normally my next door neighbour in office turned to me and said: what are you watching on Netflix? In my world, everybody had Netflix and those who didn't have it surely have it now after being forced to stay home for half a year. No surprises here that Netflix welcomed many new subscribers and beat the market.

If we consider the entire period after the market started rebounding, Amazon is actually none of the major outperformers of the year. During the COVID sell-off it did far better than most as people flocked to their Amazon Prime delivery services, though it was not able to generate a positive return. Having said that, if you held on to Amazon after the sell-off, you would now be up over the S&P500 by 40% since February 19th, only bested by Regeneron at the top of this list.

Help Us Spread The Word!

Exclusive Look at our Open Signals

How to Trade our Signals?

Does Bitcoin do better on weekends?

About Win Rates and Signals

© Copyright 2021 by LongShortSignal. All Rights Reserved.